Four projects in the Baltic states are proposed for the role of regional LNG import terminal:

Klaipeda LNG Terminal is the only operational terminal in the Baltics. 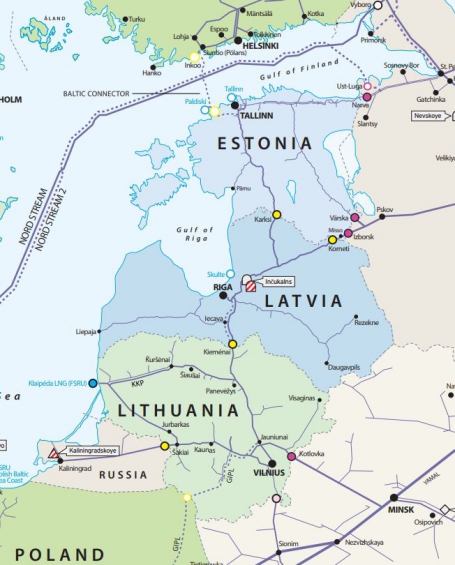 All four projects are aiming towards the status of the Regional LNG Terminal of the region.

The Lithuanian decision to sign a 10-year lease contract for Floating Storage and Regasification Unit (FSRU) “Independence” has been received controversially and criticized for lack of economical long-term reasoning. Although it has opened alternative supplies for the Baltics, it comes at huge costs. Lease payment for FSRU "Independence" is 66M USD/year, total Klaipeda LNG Terminal expenditure budget for one year is around EUR 86M. The end of FSRU lease period: 2024.

Both Tallinn and Paldiski terminal projects are similar to Klaipeda LNG Terminal in terms of investment and economic evaluation.

Skulte LNG Terminal is the only one who does not require investment in expensive LNG cold storage facility, it uses unique geographical location near the 3rd largest European underground gas storage at Inčukalns. Skulte project is at least 3 times cheaper than any other LNG import terminal project. 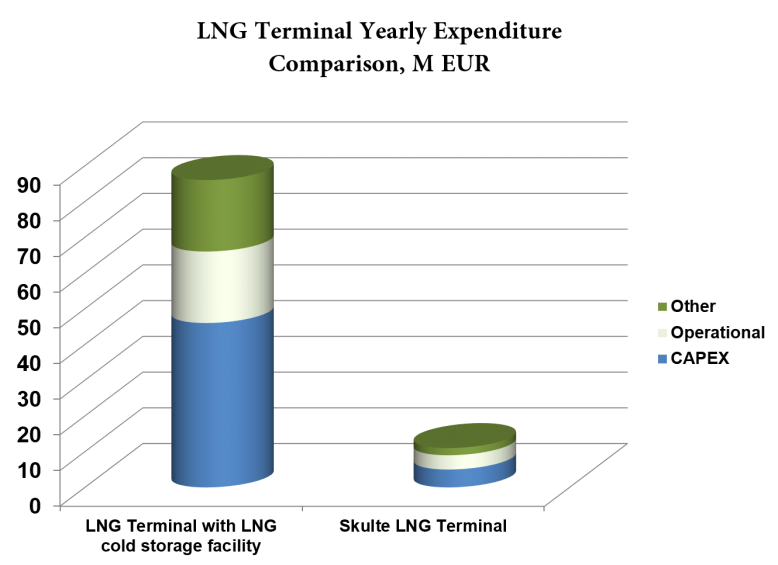